In my whole family, no one rode a motorcycle or could help me with important criteria for a decision.

That was my key experience for motorcycling.

I immediately returned to the driving school and subsequently made the motorcycle license.

No idea of motorcycles and no money, I had to save 3 years of money, read up numerous magazines and made test rides with different brands required for a decision next to the design.

An engine characteristic providing a high torque at low revolution (1), a motorcycle design with an easy access to service (2), a low-maintenance cardan drive (3), a low center of mass (4) and an excellent fairing suitable for travelling (5) then convinced me to buy a BMW R100RS. 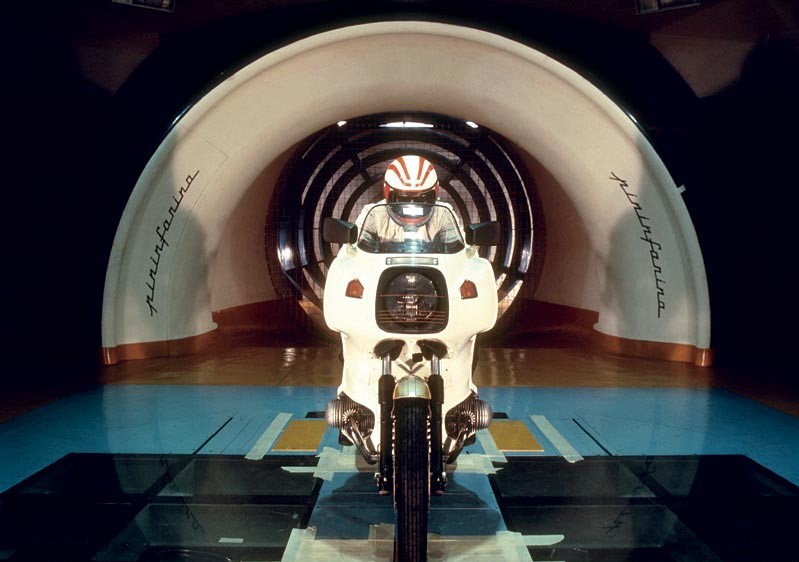 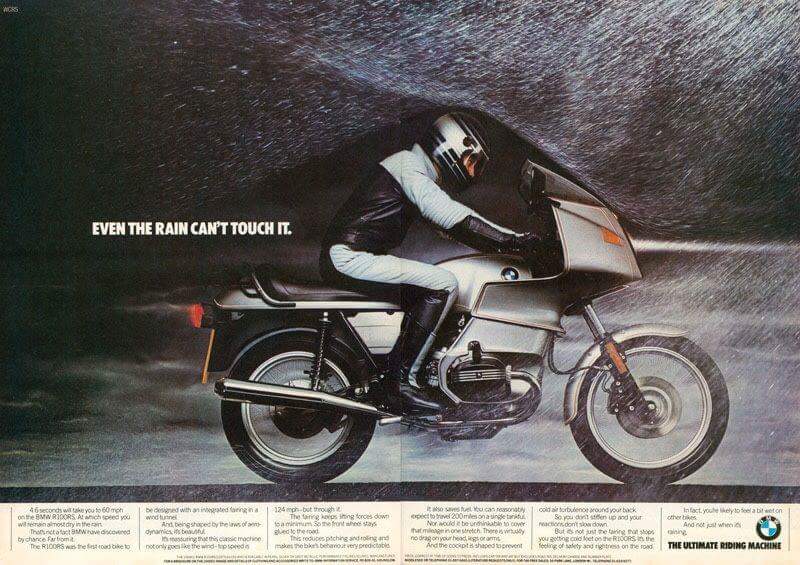 The R100RS I have driven almost 100,000km but then totally destroyed by a heavy accident in Norway.
The wide boxer engine saved my life because the cylinder caught all of the front collision with a car at a speed of 80km/h each...


Since then I have been celebrating Friday the 13. July 1990 as my second birthday. 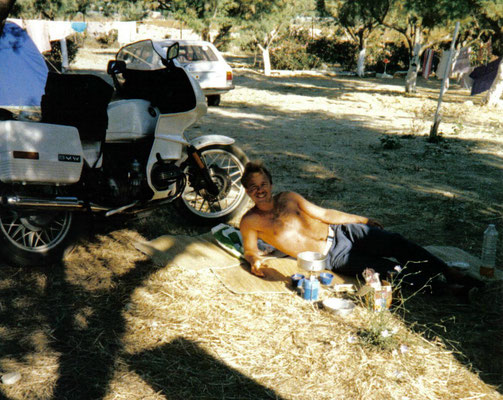 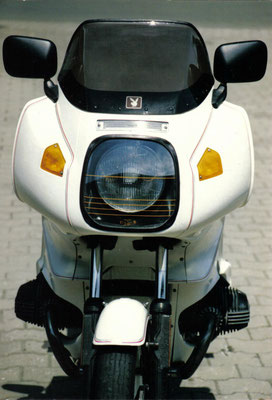 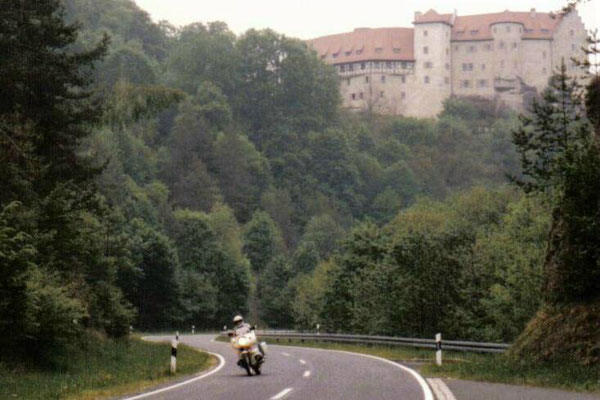 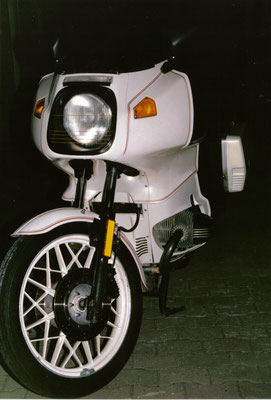 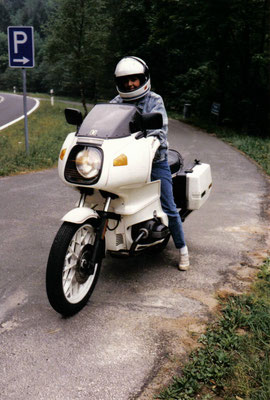 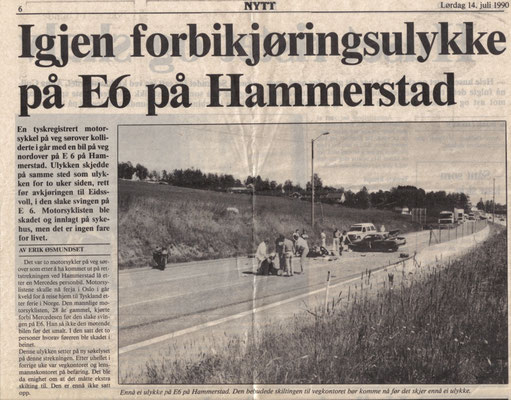 After the crash my focus was still on motorbike designed for long trips.

The 1990 R80GS (paralever) caught my attention and met my expectations.

After traveling tens of thousands of kilometers to Belgium, Norway, Italy, Greece and crossing Turkey to the Syrian border back the whole cost of the Mediterranean sea I noticed a decisive positive and negative difference comparing to the well known R100RS.

Positives:  less fuel consumption and the extremely handiness of the R80GS.

Negative:  the missing wind and weather protection comparing to the R100RS. 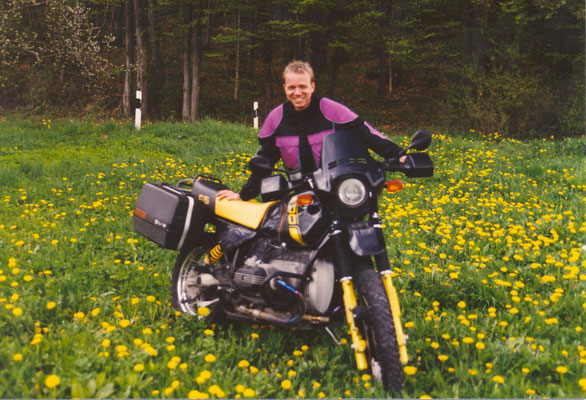 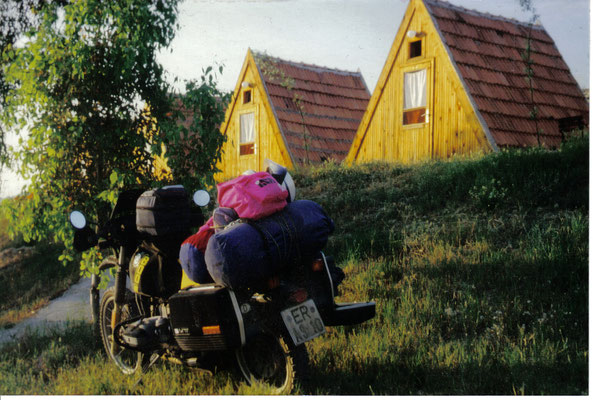 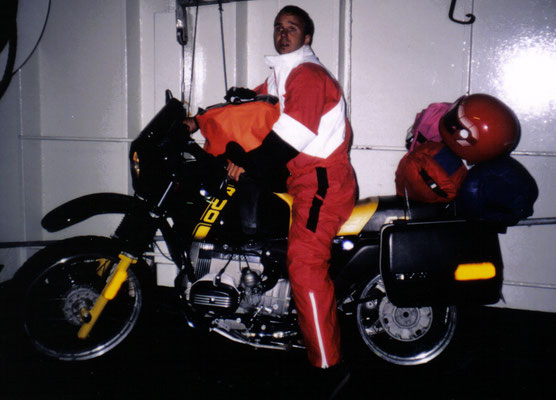 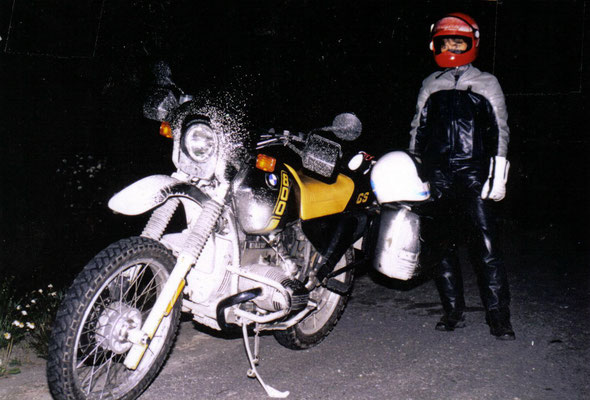 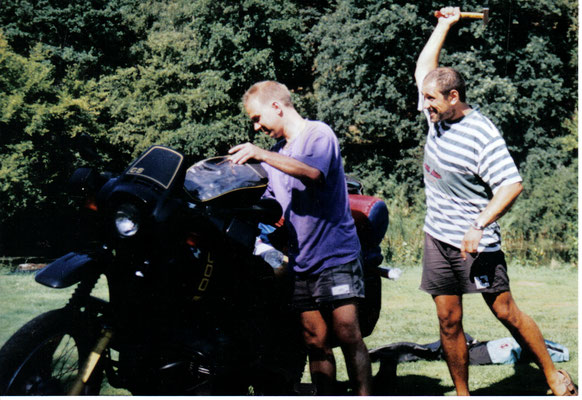 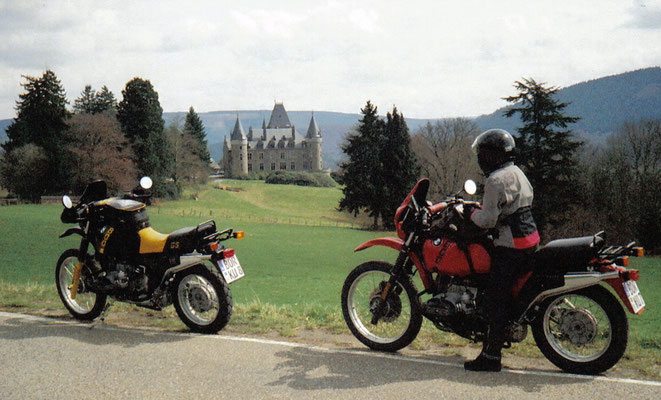 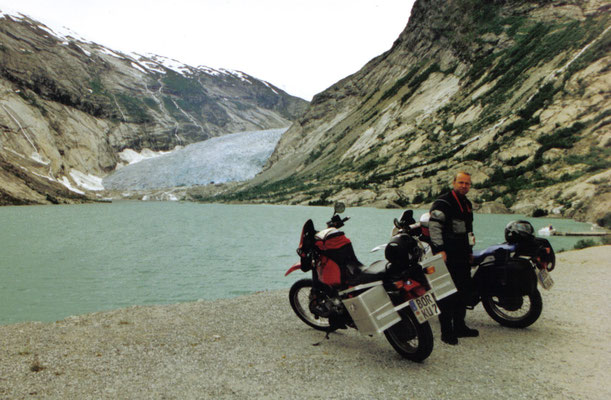 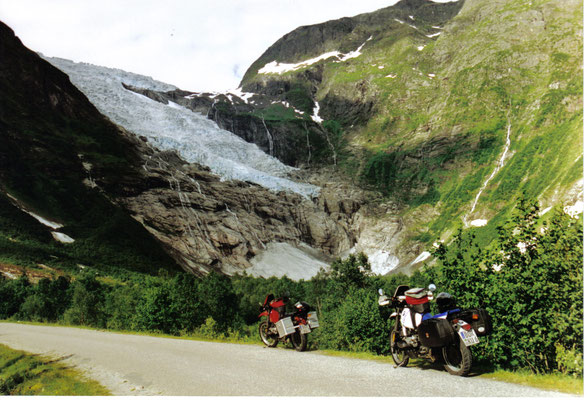 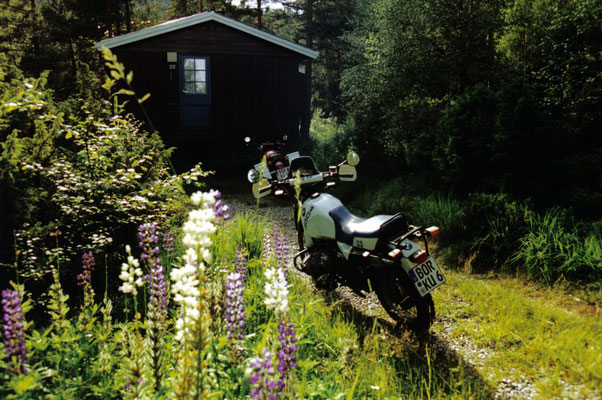 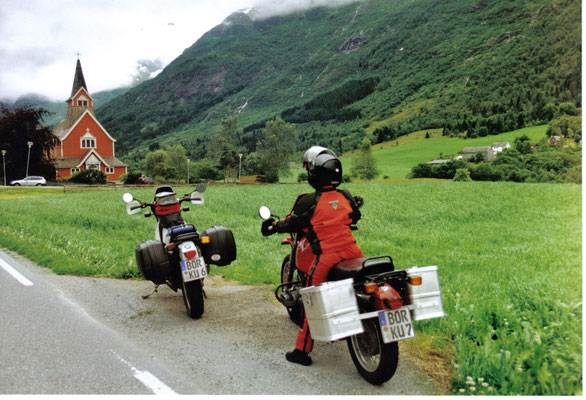 The lack of fairing, which allows long, fast and fatigue-free travel then led me to the modern BMW k1 .

The k1  is the aerodynamic successor 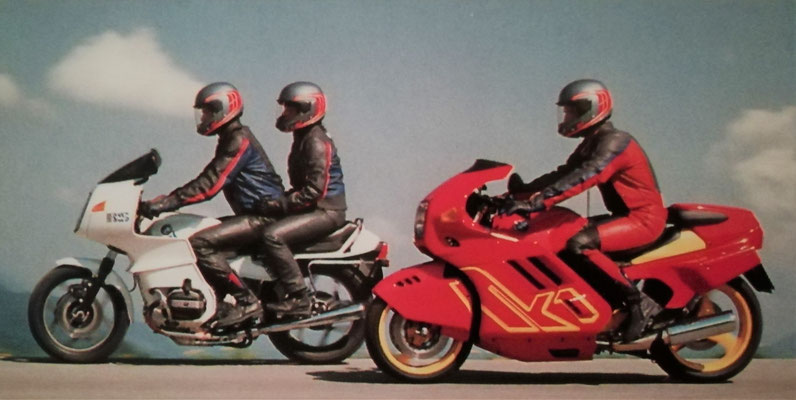 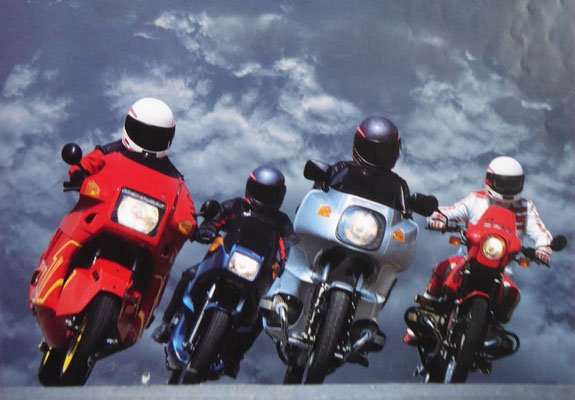 Still very satisfied with the 5 advantages of the R100RS as mentioned above which in good BMW tradition had also been transferred to the k1  additional fascinated by additional 5 advantages,  the aerodynamic design (1), the ABS for motorcycles (2), the fuel injection (3), 30% less fuel consumption (4) at the same time 50% more engine power (5), there was no way around the BMW k1 ,

only the lack of small change...

I had to save up required money until 2 years later I finally could afford my first k1  on 25th April 1992.

My former R100RS reached 200km/h with a vengeance and was spongy to frightening by this speed.

The arrow-accurate k1  was much faster and it took a certain amount of time to get used to this speed.

What a quantum leap to the R100RS after 15 years of difference in development. 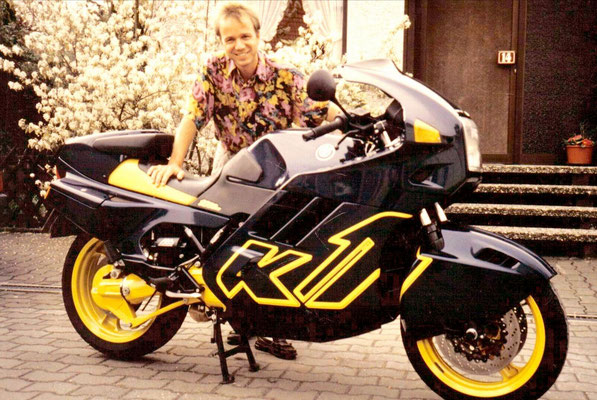 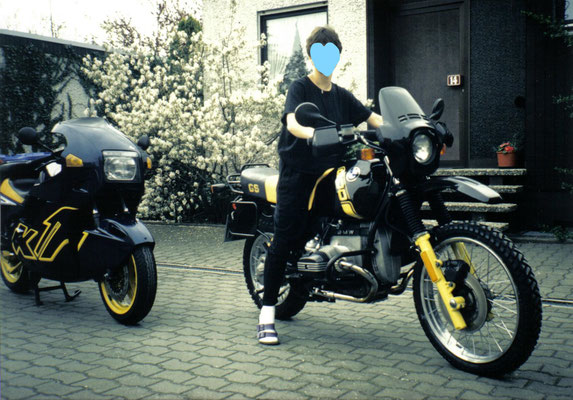 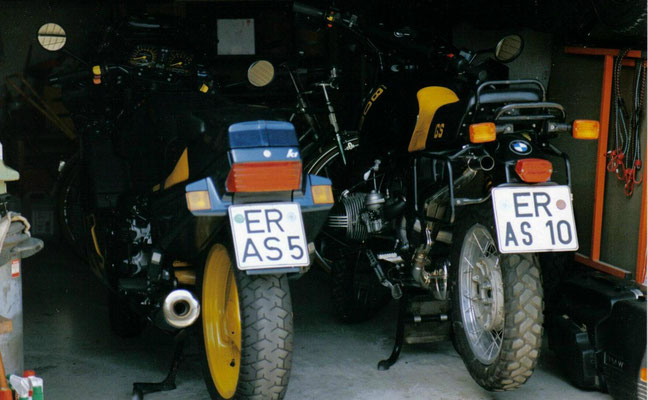 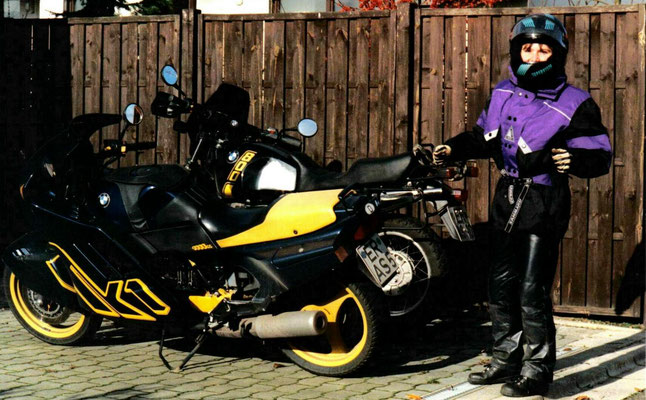 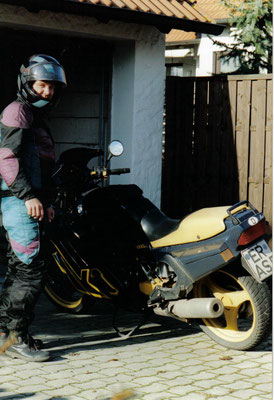 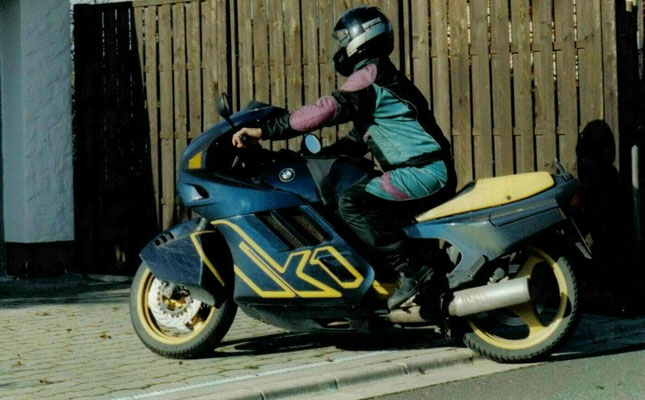 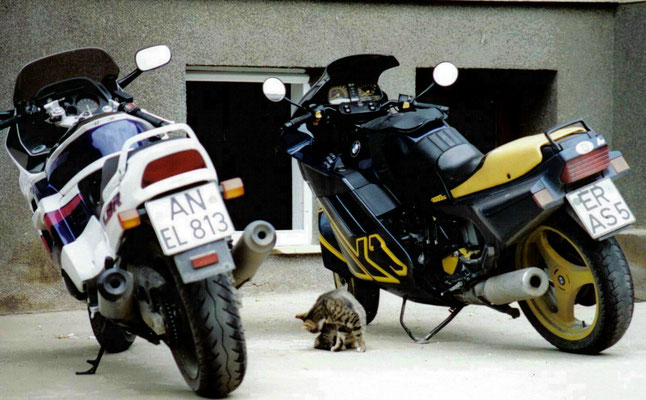 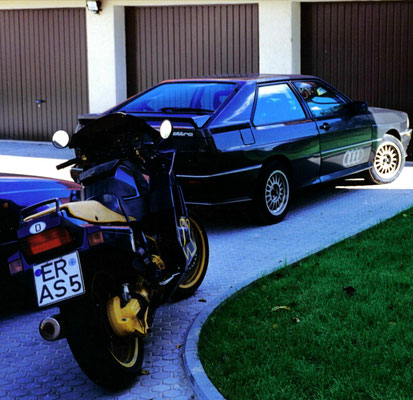 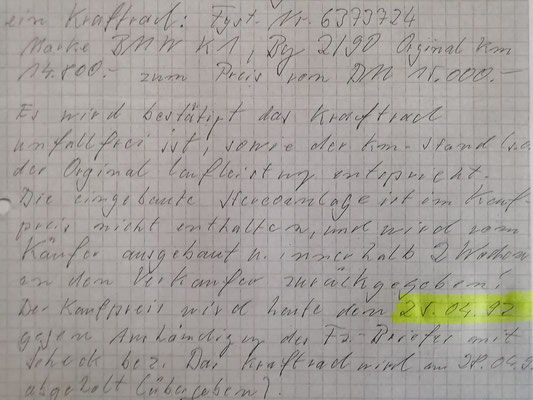