ABS for motorcycles since 1988

After trying out different systems, with an adapted car ABS and a hydraulic-mechanical ABS, the choice fell on the electronic-hydraulic ABS from FAG Kugelfischer/ Hella, which convinced with the best test results in 1983.  The system was introduced by Lucas / Girling in 1985.

In 1983, I was actually an eyewitness to the brake tests happend in the staff car parking area inside of the subsidiary of FAG Kugelfischer AG, who had bought the hydraulic know-how from my employer at the time, a specialist in hydraulic control technology, known for their hydraulic rescue shears Lucas for the fire brigade and systems for measuring film thickness, Frieseke & Hoepfner in Erlangen.

BMW was once again a trendsetter and generated a copycat effect ;-)


History when ABS was offered from other trades:

Since January 1, 2016, EU Regulation 168/2013/EU has made a standard anti-lock braking system mandatory for new motorcycle models with an engine displacement of more than 125 cm³ and a power output of more than 11 kW. 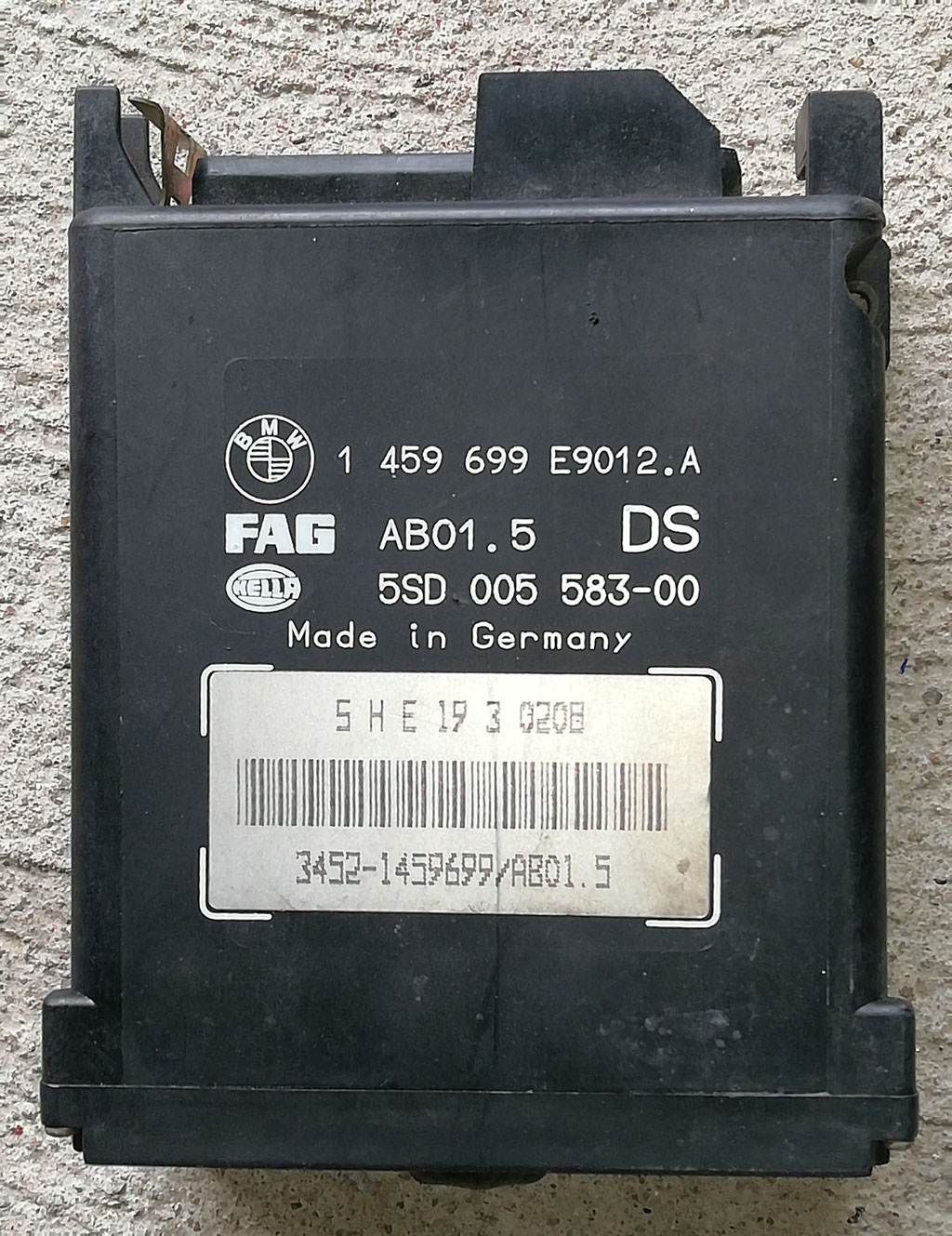 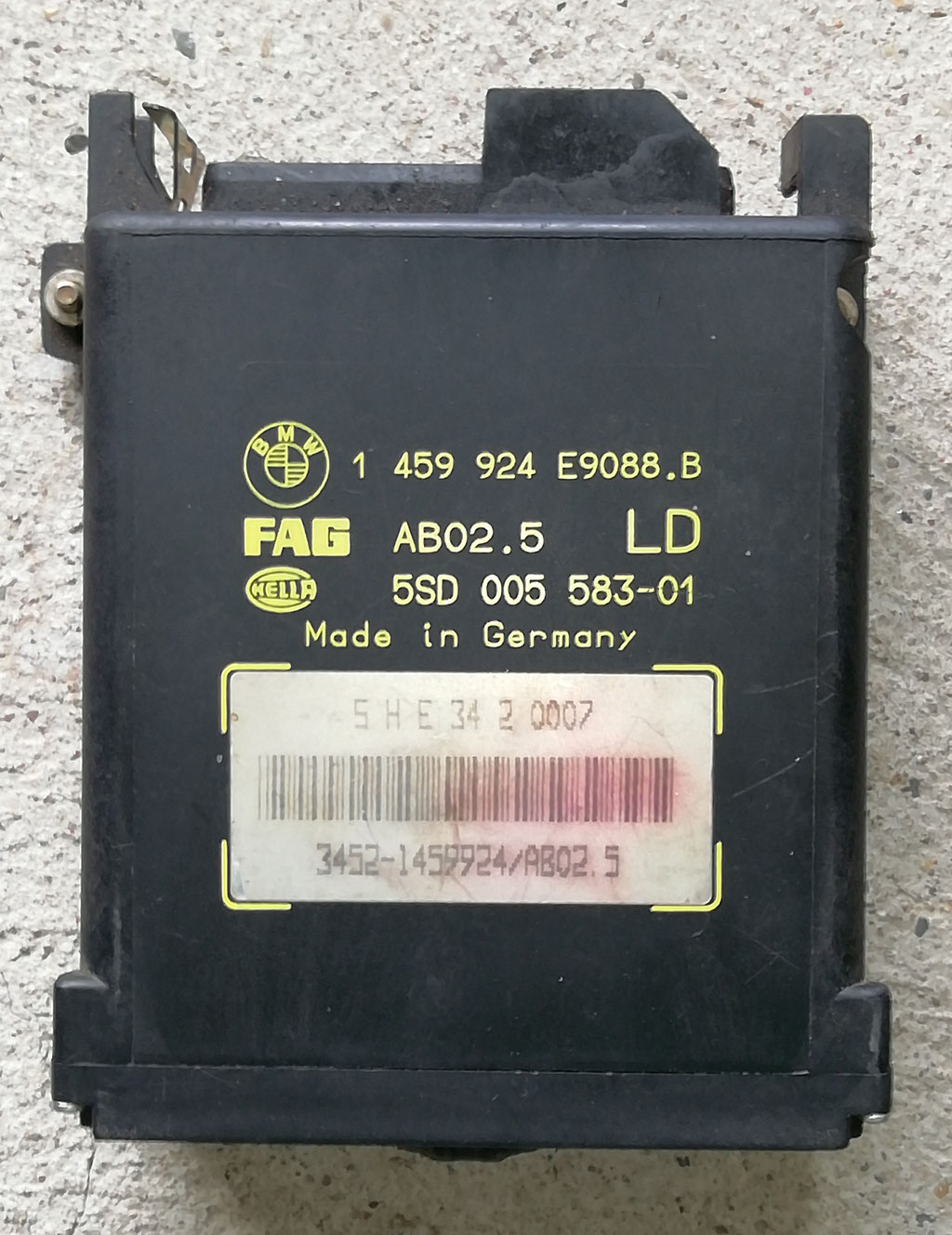 After the market introduction of ABS for cars in 1978, BMW was the first motorbike manufacturer in the world to introduce ABS for single-track vehicles in February 1988 with the K100.

ABS could be ordered as an option on all K models for a surcharge of 1980DM. 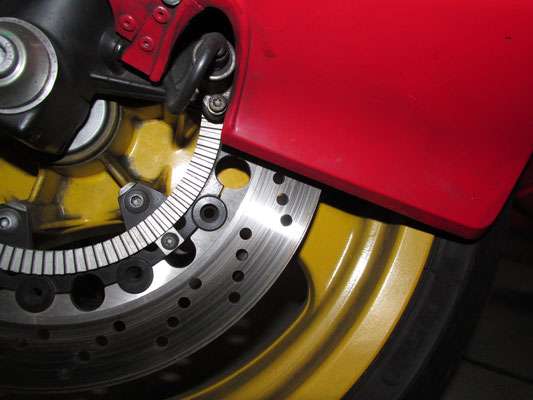 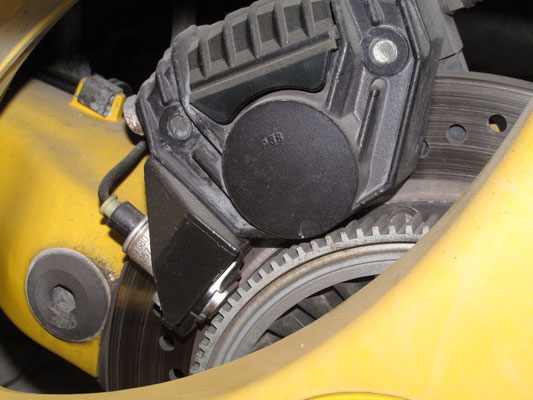 100 teeth each on the pulse generator wheel of the left front and rear brake discs supply the inductive sensors with the necessary control signals per revolution to the ABS control unit developed by Hella/Lippstadt.

The control frequency is 7 Hz. Change every 10s.

Two control channels each for the front and rear wheel alternate in a 10s cycle.

While one channel is working, the other channel is monitored for its functionality.

When the ABS system fails, two red lights flash alternately in the cockpit. The annoying flashing can be changed to a steady light by pressing the ABS switch and riding to the workshop with full brake function but without ABS.

On the k1, the hydraulic pressure modulators, each weighing almost 4 kg, were unfortunately not placed above the footrest plates on the left and right as on the other 4V K models.

The pressure modulator for the front wheel was placed on the left side above the cooling water overflow tank, in contrast to early factory photos of the k1. 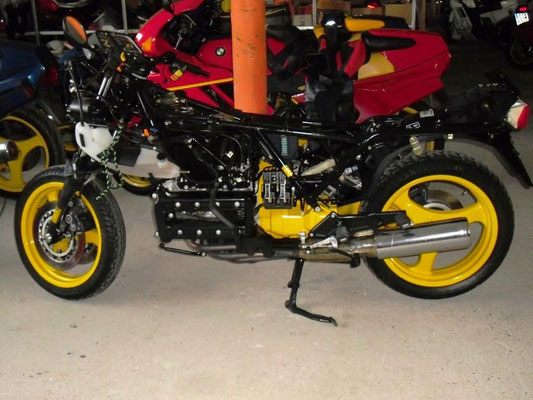 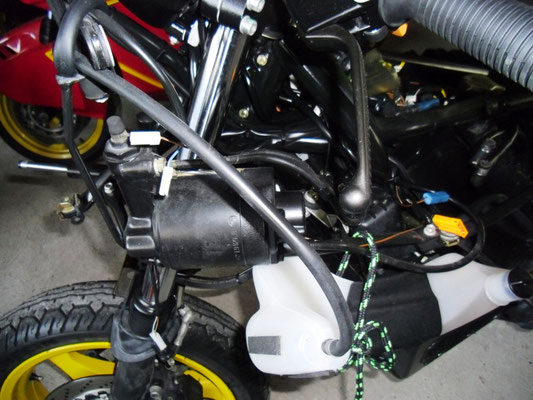 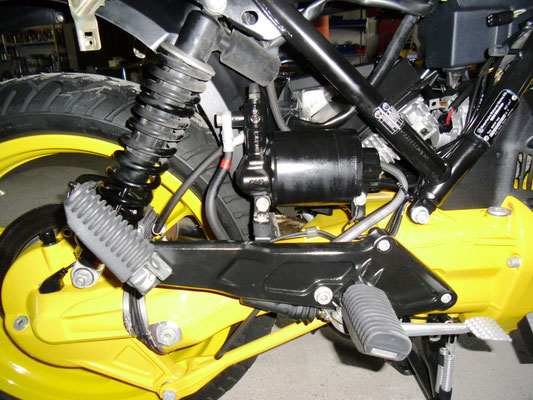 In addition, 4kg far above the centre of gravity - this has a negative effect on handling!

Therefore, many enthusiasts with original parts of the 4V K models move this pressure modulator back to the rear above the left footrest plate in the centre of gravity.

The weight increases slightly due to the longer brake lines and the module carrier, but for the mass inertia during handling and cornering it is a real gain! 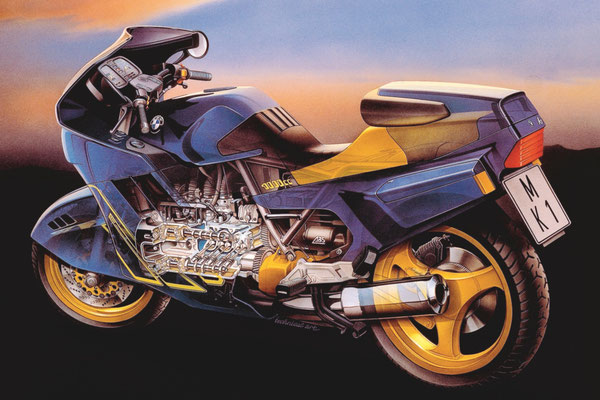 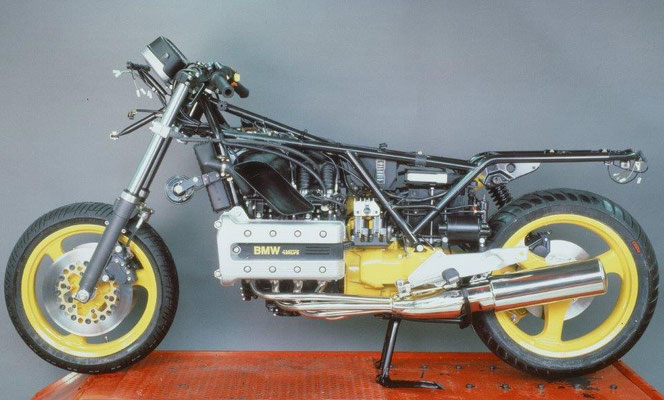 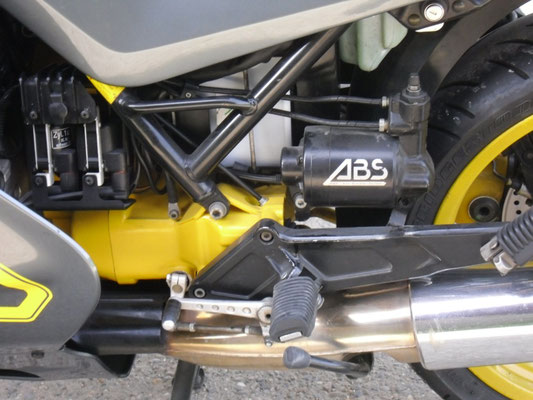