My intention for this website is to share my passion for the k1  with you or bring it back to your mind. This bizarre, quite rare and technically unique milestone from the beginning fascinated me. 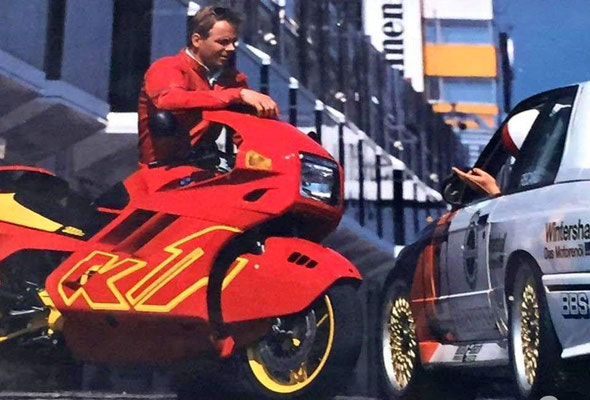 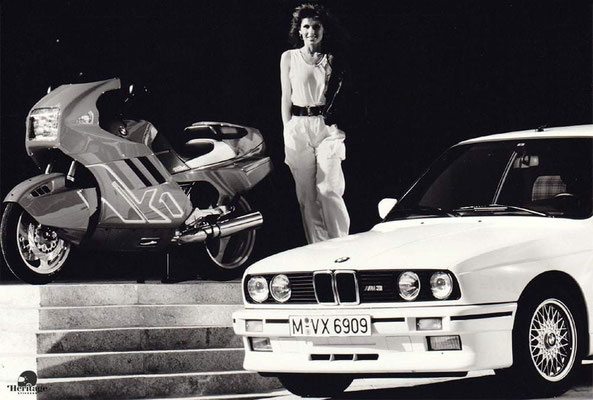 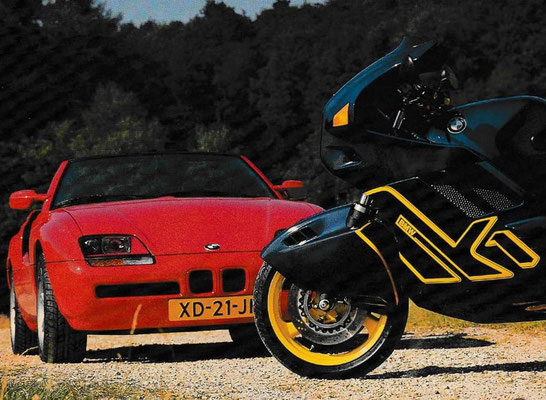 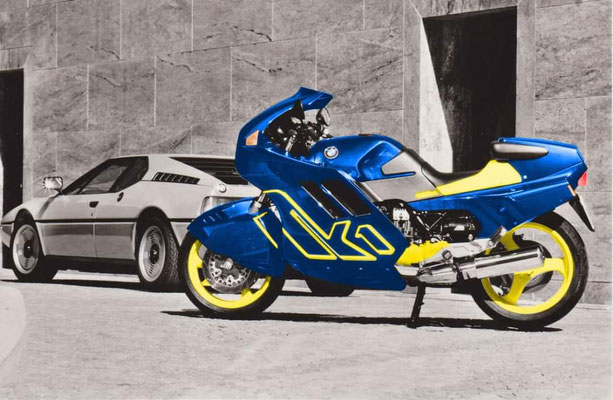 Due to the existing German commitment of a 100bhp limit for motorcycles in the 1980s a technical alternative was required to take part of the competition on existing sports bikes with up to 145bhp.

The k1  was the very first motorcycle featured with an all-enveloping two-piece front mudguard and main fairing, which has been completely developed in a wind tunnel, following the same exhaustive research as experienced by the R100RS in the end of the 70s.

BMW has achieved to balance the given performance gap of about 30bhp with an increased aerodynamic feature by creating a class leading drag coefficient of CwxA = 0,335 by the time a value of CwxA =0,45 was ordinary.

In deep admiration with BMW's
innovative development team
for such an exceptional result!

Not only a world class aerodynamic but additionally the first time ABS, digital ECU
and controlled catalytic converter
for motorcycles!

Developed in the mid of Eighties!


In the Eighties the bikers did neither realize why the k1  looks like that nor see their advantages.
The unfamiliar wind tunnel design of the k1  did not get the expected echo whether innovative or not.
Next to the high price to less people bought the k1  because it was to far ahead of the development.
That is why the k1  is rather rare nowadays...

The future design of the k1  would have fit for the movies "Back to the future" as well as "Star Wars" and would have supported to grow in popularity as it happened to the DeLorean DMC-12...

Even if the k1  is like fallen off the face of the earth these days
the k1  remains the most memorable BMW milestone to me.

Even after decades it is still a pleasure to ride the k1  and I appreciate it's advantages very much.
Due to the advanced tire technology provided these days even more then in the end of 80s

which has a very positive effect on the handling of the k1 .